Gusuku Sites and the Ryukyu Kingdom

Located mainly in the southern part of Okinawa’s main island are the remains of 9 Ryukyu Kingdom castles. The native word “Gusuku” can be translated directly as “castle”. The Ryuku Kingdom (琉球王国) was established in 1429 and remained an independent entity until it became part of the Japanese Empire in 1879 as Okinawa Prefecture. Thanks to its vibrant exchange with nations such as China, Japan, Korea and other Southeast Asian countries, the Ryukyu Kingdom developed into a prosperous and peaceful power. While being under the influence of its neighbors, it nonetheless managed to create a unique and original culture due to its economic strength. Shuri Castle, located in Naha City had been the royal palace of the Ryukyu Kingdom as well as its largest Gusuku. 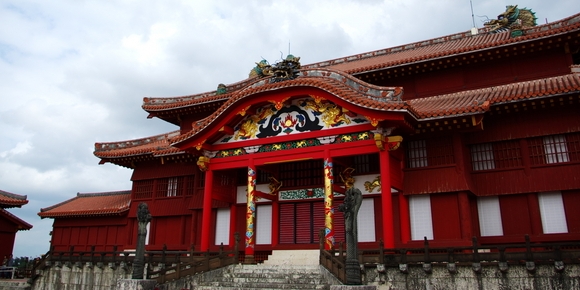