Covering an area of roughly 500km2 and a circular circumference of 130km, Yakushima (屋久島) is an impressive granite based island. Despite being a comparatively small island, it has an abundance of mountains over 1,000m, and a climate that ranges from sub-tropic to sub-arctic. Including roughly 40 different kinds of plants that are endemic to the island, Yakushima’s main characteristic is its unrivalled variety of vegetation. At an altitude of 500m you can find native Yakushima cedar trees, the Yakusugi, which have been dated to an age of about 1,000 years. The greatest among these cedars is the so-called Jomonsugi, which is estimated to be more than 6,000 years old. The north tip of the island is famous as one of the world major breeding grounds for loggerhead turtles. 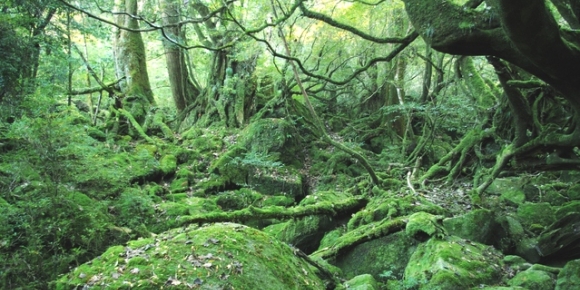