Among the lesser known of Japan’s martial arts is yabusame, a form of horseback archery. Yabusame events take place across the country throughout the year. Expat’s Guide went along to this year’s Asakusa Yabusame event, held at Sumida Park.

Yabusame is steeped in ritual, with the martial display originally intended as a way to please the gods and wish for peace, good harvest and prosperity. With the recent earthquakes in Kumamoto on everyone’s minds, this year’s opening speech by the Taito City Mayor included wishes for the wellbeing of the people of Kyushu. 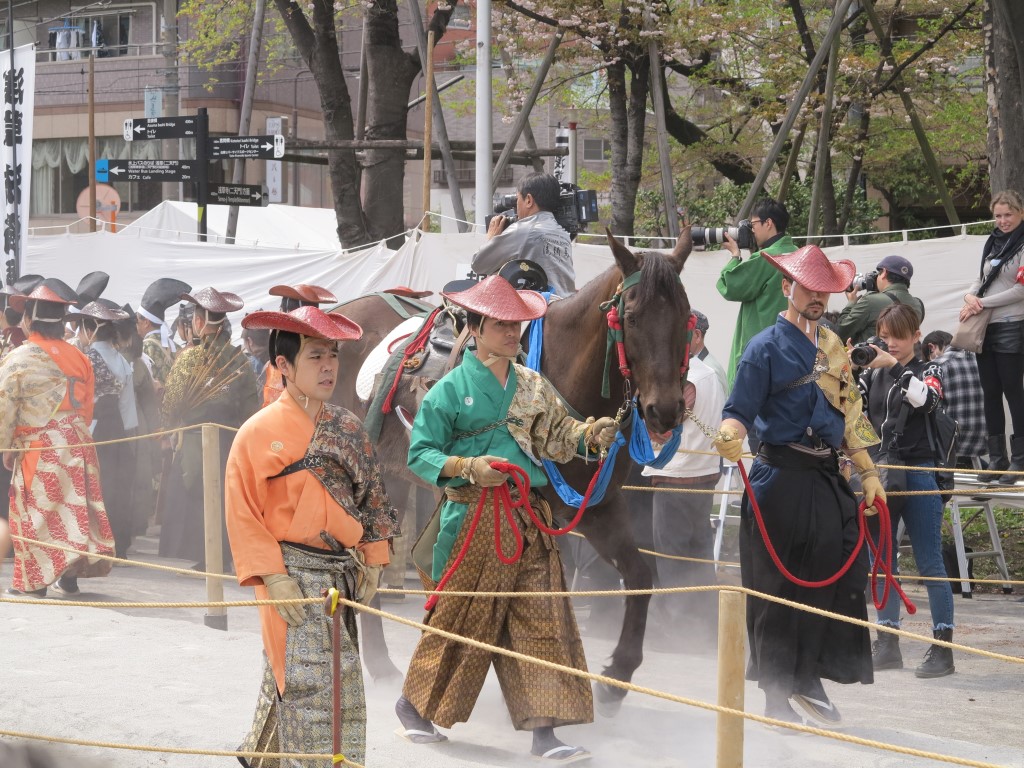 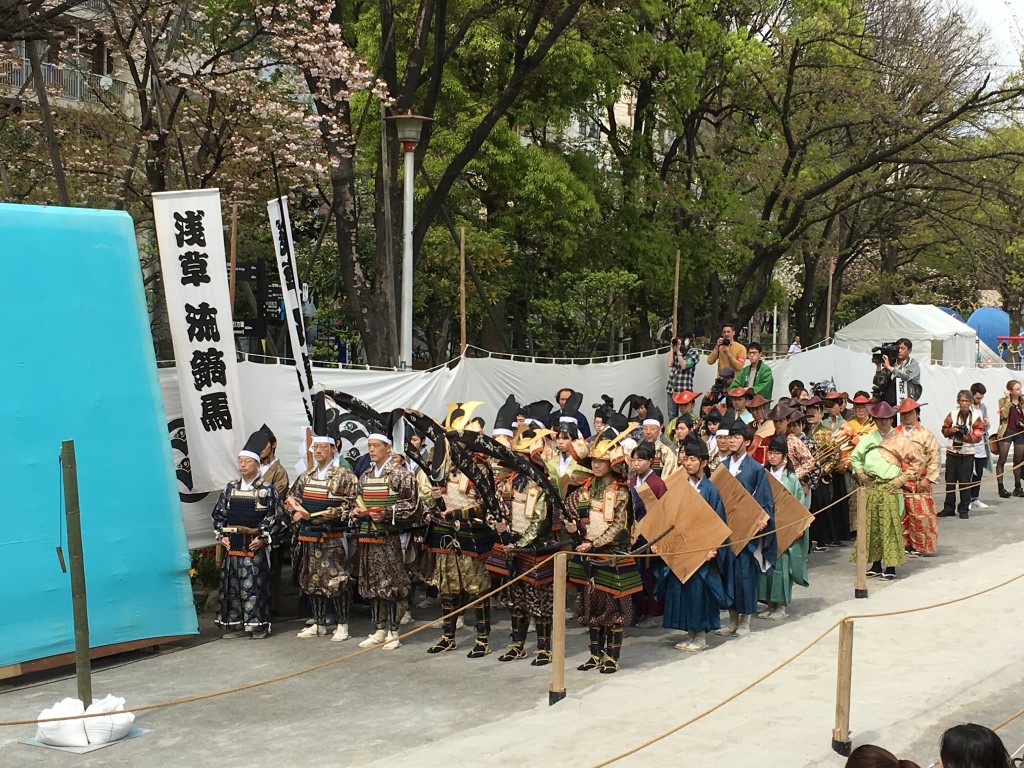 Before the contest began, there was a procession of the riders and attendants in period costume and armour. These ceremonial aspects of the event are as important to yabusame as the archery itself, and no true yabusame event is complete without them. At the close of the procession, the riders gathered at the starting point, the “baba-moto”. When it comes time for each rider to begin, they race their horse along a narrow, roped-in dirt track, shooting at three square wooden targets spaced along its 240m length. The speed of the horses, and the proximity of the targets to the track make aiming extremely difficult, but if they manage a hit, a stream of confetti bursts from the broken target. As the horse is in motion throughout, it takes great skill to draw and notch each arrow before the target comes into range.

When each set of riders has completed their run, they return from the “baba-sue” (end point) along the track to the baba-moto, and bow in respect to the officials as they pass. If a rider manages to hit all three targets, they are awarded a special white sash. Though some of the competitors have been practising yabusame for over 20 years, only two were awarded the sash this time round, which gives you an idea of the level of challenge involved. 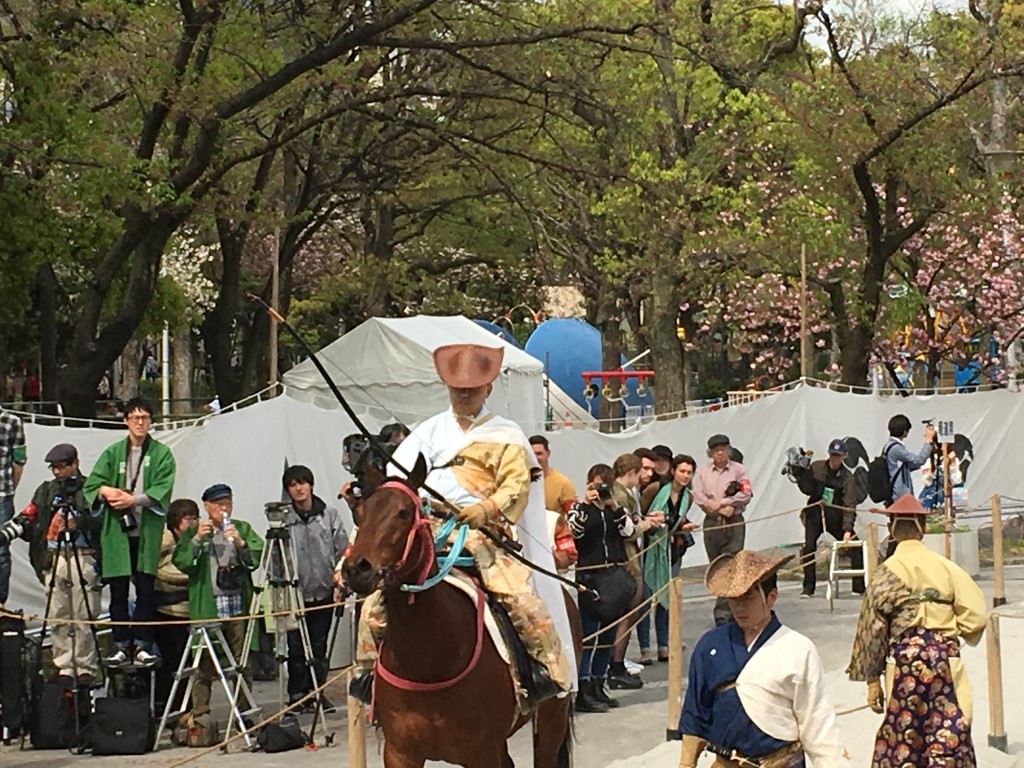