The origins of Aoi Matsuri (葵祭) can be traced back to the noble circles of the Imperial court. Among the many Japanese festivals it is known as one of the finest and rarest of its kind. Especially impressive is the grand parade consisting of over 500 people, horses, cattle, carts and palanquins decorated with hollyhock and costumes of the Heian Period (9th century). The parade commences at 10:30am at the Kyoto Imperial Palace and runs towards the Shimogamo and Kamigamo Shrines. 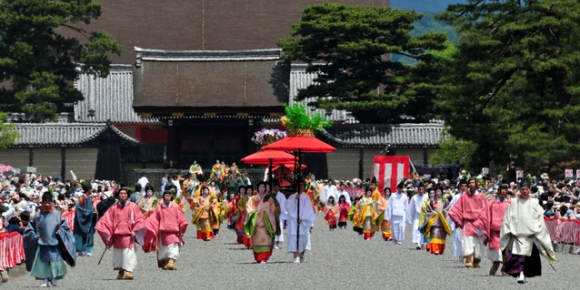