The Gion Matsuri (祇園祭) is one of Japan’s three major festivals. It was first established in the year 869 in Kyoto and then became increasingly popular throughout Japan. Its primary objective has been to worship the Gion god and by carrying palanquins, to pray for the absence of disasters. From the 14th-16th, food stalls line up the major streets of the city center, and old-established families display their family treasures, such as folding screens, inherited from centuries ago. On the 17th, the streets are then filled with exquisitely ornamented and decorated festival floats, referred to as “moving art museums”. 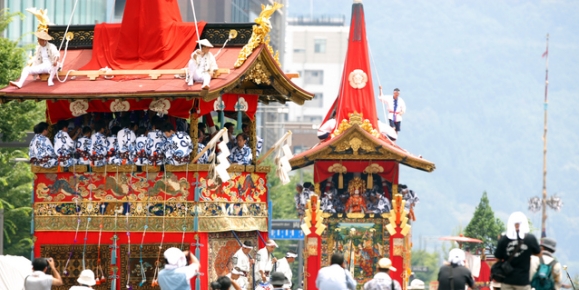