Amidst the seemingly endless string of bad news that has centered around the Tohoku region of Japan, a recent decision by UNESCO manages to bring hope and pride back to the citizens of the disaster stricken area. In June 2011, two new sites have been added to Japan’s already impressive lists of World Heritage sites. Following an 11 day meeting in Paris, the UNESCO designated both the Hiraizumi temple and landscape complex as well as the Ogasawara Islands as Cultural and Natural World Heritage Sites respectively. 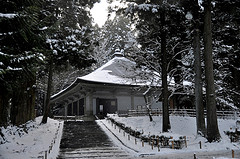 Especially in the case of the Hiraizumi complex, this has to be seen as more than positive news, since not only does it offer international recognition and heartfelt sympathy to the people of Tohoku, but also the decision has the potential to drastically boost tourism. Something the region desperately needs to improve its current, still critical, state.

According to the official UNESCO declaration:

“Hiraizumi was a political and cultural center in northern Japan under the administration of the Fujiwara family in the 11th and 12th centuries. Chusonji, as well as the archeological remains of Buddhist temples such as Motsuji, Kanjizaio-in and Muryoko-in and of government buildings such as Yanaginogosho, are all precious historic evidence showing that Hiraizumi, a 12th-century town growing in strategic importance, enjoyed a high cultural standard even when compared to that of Kyoto, the palace capital of that time.” 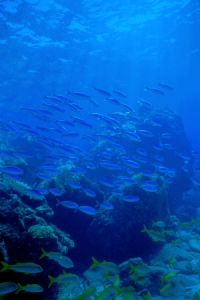 As for the Ogasawara Islands, located round about 1000 km south of Tokyo and quite often called the “Galapagos of the Orient”, this group of about 30 small islands has never been connected to the mainland and is therefore well known for the unique evolutionary path taken by its animal inhabitants. Furthermore, as the UNESCO judges write: “The Ogasawara Islands show the formation process of an oceanic island arc from its birth through its infancy and to the current young period.” In other words, here you are able to witness the developmental process, in all its details, of a volcanic island arc. Something, which in this form, is a very rare spectacle.

As you can see, Japan has a lot more to offer than its famous metropolis and major shrines. For those looking for a different experience, and for sites off the beaten path, the new entries into the UNESCO list are well worth a visit. Both Hiraizumi as well as the Ogasawara islands can be reached directly from Tokyo with trains and ferries respectively.