In Nara, which had been the Japanese capital from 710 to 784, before this moved to Kyoto, you can feel the long lasting effect that religion had, and still has, on the city in the form of Buddhist temples and Shinto shrines. The great number of Buddhist wooden structures reflect the historic ties with China and Korea, while also being evidence to the immense evolution in the Japanese architectural arts. The Todaiji Temple (東大寺) which houses the huge Daibutsu Buddha statue, the Nara Palace (Heijo-kyo) and the Yakushiji Temple (薬師寺), famed for its revered Bodhisattva, are all designated as UNESCO World Heritage Sites. 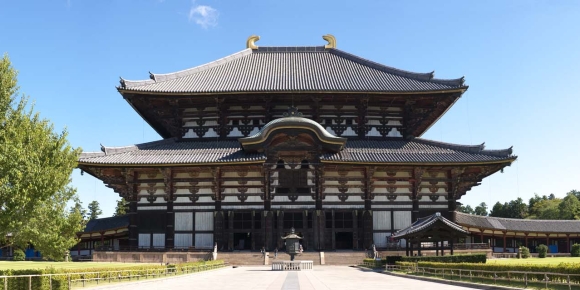