Representative of early 17th century Japanese castle architecture, Himeji Castle (姫路城) is regarded as one of Japan’s most impressive wooden structures. The beautiful white stucco walls make the building not only beautiful to look at, but also act at as first-class fortification. Both the well preserved castle tower as well as the castle itself, built during the Edo period, now stand as an architectural exhibit of the time. In a recent survey, this site was chosen as one of Japan’s 100 best places for Sakura viewing. 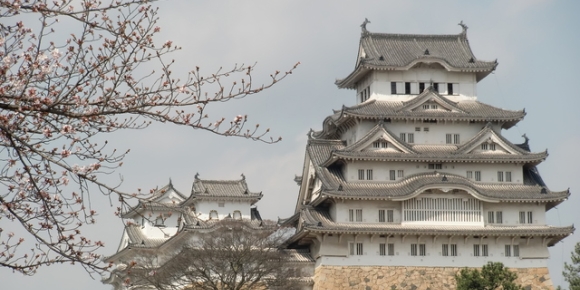