Seasonality is an important aspect of Japanese culture, and in no area does it play a greater role than in the world of food and drink. The concept of “shun” (旬) refers to ingredients that are at their seasonal best, and the celebration of seasonality in cooking results in the popularity of different types of cuisine all year round. Read about some of the ingredients associated with autumn in Japan, and the dishes they are commonly used in, below. 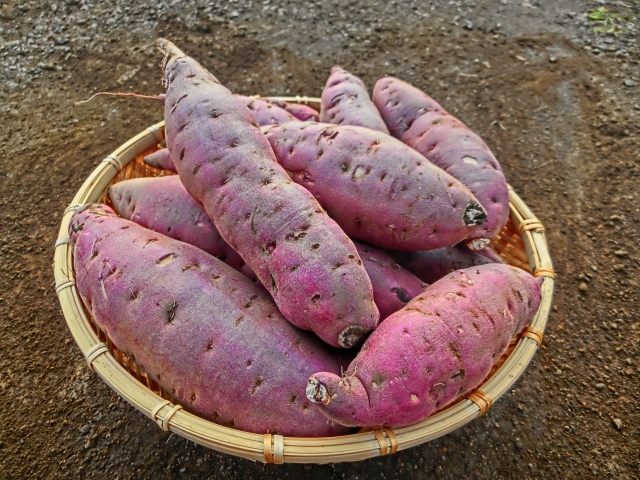 Uses: Sweet potatoes in Japan are used in many of the same ways as regular potatoes – they can be fried, mashed or boiled, and are a natural source of sweetness in some Japanese cakes. They can also be used as the starch base in the production of shōchū, a popular spirit.

Matsutake mushrooms (松茸) are known to be difficult to cultivate, but are prized in Japan for their rich, “umami” flavour. Because they require very specific conditions in order to grow, the numbers harvested can vary greatly from year to year leading to fluctuating prices. As their flavour is quite strong, they are generally used sparingly. Matsutake should not be kept for more than around 10 days, as older mushrooms can cause serious food poisoning.

Uses: Matsutake can be grilled whole, but are commonly used sparingly in recipes with a range of other ingredients, such as soups, or with rice as matsutake-gohan.

Satoimo (里芋), known as taro root in the west, is a kind of root vegetable commonly eaten in east Asia. Their rough husks should be washed thoroughly with a brush before peeling. Satoimo is very healthy, but it becomes somewhat slimy when boiled which puts some people off.

Uses: Satoimo are usually stewed or lightly boiled in dashi, or added to soups.

The “kabocha” (かぼちゃ) is often referred to as a Japanese pumpkin, and is a type of winter squash with tough green skin and orange flesh. They are typically sold whole, or in halves, quarters and slices. The green outer skin can be difficult to cut through, though heating in the microwave beforehand can help with this. When storing kabocha, removing the seeds and stringy insides can allow you to keep it for longer without rotting.

Uses: Kabocha is quite a versatile ingredient, and can be made into tempura, added to nabe dishes or lightly stewed as “nimono”.

Uses: Chum salmon are served raw as sashimi, can be cooked whole as “shioyaki”, or used as ingredients in various nabe and other dishes.

The Pacific saury, called “sanma” (秋刀魚) in Japan, is one of the foodstuffs most strongly associated with autumn. A sanma festival is held every year in Tokyo’s Meguro Ward. Sanma are popular in autumn when their fat content is high, and often sprinkled with citrus juice such as lemon juice, sudachi juice (see below) or ponzu.

Uses: Sanma are most commonly salted and cooked whole under a grill or on a barbecue.

Sudachi (スダチ) are a kind of citrus fruit native to Tokushima Prefecture on the island of Shikoku. Similar to a small, round lime in appearance, sudachi are harvested from August to mid-October.

Uses: Sudachi juice is used to season a number of fish dishes including sanma, and are also used in sweets and cakes. 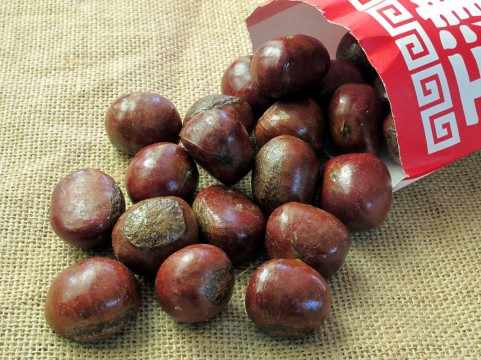 Japanese chestnuts, or kuri (栗), are another foodstuff strongly associated with autumn. In Japan, chestnuts are rarely sold roasted as they are in other countries. Instead, they are used in a number of seasonal dishes, or as an ingredient in sweets.

Uses: Once opened, kuri can be boiled with rice to make kuri-gohan, or cooked with sweet potatoes to make kuri kinton. Kuri are also used in many wagashi (Japanese sweets) and to make mont blanc.