Even if the cost of international schools is not an issue, there are still educational and other reasons for non-Japanese families to send their children to a Japanese school for at least part of their stay in Japan. In elementary school, the focus is on morals, social and communication skills – an education that, once acquired, provides a lifetime of benefits to the child. Having a native grounding in the Japanese language and getting closer to the local community are other reasons to consider this option.

Private schools start at the kindergarten or elementary level and are seen as a fast track to a prestigious university. They have very competitive entrance requirements and procedures, including examinations and interviews for both the child and the parents. Fees are higher than those for public schools, but generally lower than for international schools.

Public school tuition is free from elementary school up to junior high school, but other costs such as uniforms and school lunches must be covered by the parent or guardian. Both kindergarten and senior high school are voluntary and admission fees are charged. Places are limited, and for kindergartens there may be competition for admission.

See also: our featured article “Back to School Japanese Style .”

Although neither Kindergarten nor senior high schools are compulsory, the majority of Japanese children do attend these levels. The Japanese school grading system is summarized below.

Free education in Japan consists of six years of elementary school and three years of junior high school. These are compulsory for Japanese children, but home-schooling is an option for foreign nationals, Senior high schools charge tuition, and can be broadly divided into academic and vocational schools, where the focus is on preparing for either university or for a particular field of work. Most students join after-school clubs, and take part in annual events such as sports days and festivals.

There are two forms of preschool in Japan. Since no education is compulsory before first grade of elementary school, it is up to the parents to decide whether to send their children to one of these institutions. Yōchien are roughly comparable to kindergartens. Children attend class for half the day and go home early in the afternoon. Heavy parental (generally maternal) involvement is expected in school activities. Hoikuen are less educationally focused, acting as day-care facilities for working parents. There are public and private versions of both kinds of preschool, with public school admissions being markedly cheaper.

Applying for a Japanese School

For those who decided to use the Japanese education route, here are some school items unique to Japan that may be useful to know. Most elementary schools do not have school uniforms.

Randoseru
A leather school bag which will be used throughout elementary school. They are sold at department stores, and the price tag starts from around 30,000 Yen. If your child is attending the school for only a short period, you can use an ordinary backpack.

Uwabaki
Indoor slippers which children are expected to change into once they have arrived at school. They can be bought at local shoe shops.

Taisogi
Designated gym clothes, which are usually available at your local Shotengai.

Necessities vary depending on the school, so be sure to check with the school when entering.

Although few, some expat parents choose to home-school their children during their stay in Japan. While homeschooling is usually not an option for Japanese children, foreign children are not required to attend school under the Japanese education system. There may be concerns over the lack of interaction with other children and social events, however, many of the international preschools and organizations provide afterschool classes and activities to cover these shortcomings. 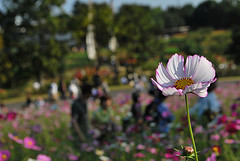 There are a number of play areas and parks with rope courses at convenient locations within the city. Many of these charge a small entrance fee.