The Bank of Japan issues four types of Japanese paper banknotes, and 6 different coins.
The banknotes, with value denominations of ¥1,000, ¥2,000, ¥5,000, and ¥10,000, are produced in slightly differing sizes in descending value order for easy sorting (the ¥2,000 note, decorated with Okinawa’s Shureimon Gate and a scene from the Tale of Genji, is rarely used). 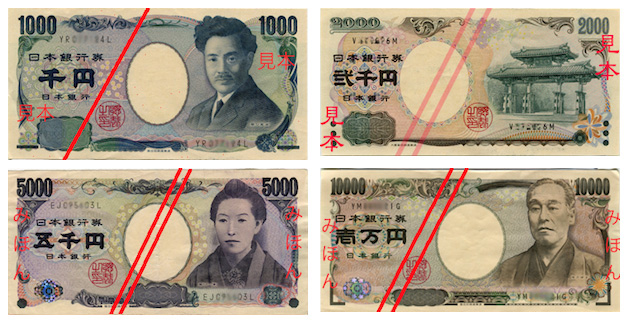 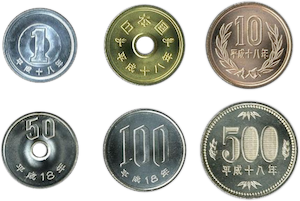 Japan is largely a cash-based society, and it is not unusual to make large transactions in cash. Though credit cards are gaining popularity in Japan, many shops still operate on a cash-only basis. There are usually trays next to cash registers where money is placed when making a purchase. Crumpled or torn bills, as well as dirty coins, are not common sights. Reloadable electronic cash cards are also widely used to pay transportation fees, vending machines, and an increasing number of shops. (see IC cards, Transportation)

ATMs are common in major cities in Japan, though many close at night. ATMs with 24-hour service are available in convenience stores.

Consumption tax is 8% but is due to increase to 10% on October 1st 2019. Most food and drink items (excluding alcohol) will retain the lower 8% rate. Take-out and delivery from restaurants will have the lower rate, while eating in will be subject to the 10% rate. Tipping is not necessary; however, a service charge of 10-15% will be automatically included in the bill at many restaurants. This is usually stated on the menu.