Kotatsu: A Traditional Way to Stay Warm and Save Energy 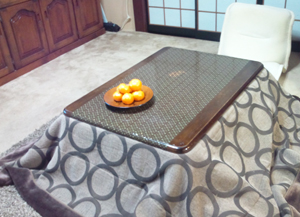 Although temperatures rarely fall below 0C in Kanto, winters can seem especially cold in Japanese houses with little insulation. Places without central heating, are often heated by kerosene and electric space heaters, or electric wall unit heaters. Along with allowing much of the heat to escape, these units can have a number of other drawbacks. Space and kerosene heaters present fire and other health hazards. Wall mount units tend to suck up dust and other particles, drying the air and creating problems for people with asthma and allergies.

The Kotatsu, a traditional form of Japanese heating, can solve many of these problems, keep you warm and save energy. Today, most Kotatsu exist in two forms, the more common “Okigotatsu”, a small table and blanket with heating unit underneath, and the “Horigotatsu”, a table and heating unit spread over a dugout in which to sit. Dating to the Muromachi period in the 14th Century, the Kotatsu developed from the Irori Japanese hearth, and was originally heated with charcoal. By the 20th Century, small portable Kotatsu, with electric heating units had been developed. The modern Kotatsu is used by sitting underneath the table, and trapping the heat with a blanket. 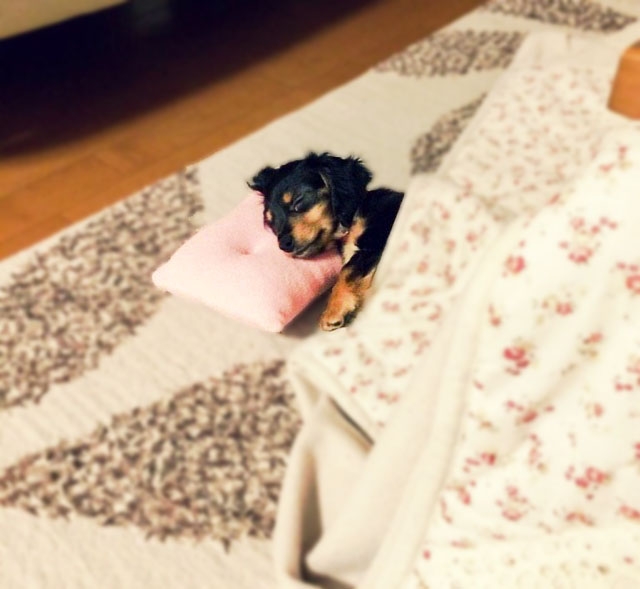 Kotatsu have a number of benefits. The typical Kotatsu (Okigotatsu) uses between 500-600W of electricity, with some using as little as 70W. Compared to the typical wall unit heater, which can easily run at over 1500W, the Kotatsu runs at much less energy. Moreover, because the Kotatsu heats only a small space, with the hot air being contained by a blanket, little heat is lost. Additionally, dust and allergens are not emitted, resulting in improved indoor air quality.

Some of the best benefits, however, are the Kotatsu’s secondary function – a gathering spot for families and friends. Much like a campfire in the summer, the Kotatsu provides a warm place for gathering, whether for dining or just relaxing. In fact, their warmth and comfort often makes them difficult to leave. This can create a number of amusing scenes including placing all one’s belongings within arm’s reach, falling asleep under the Kotatsu, or creating long hook shaped sticks (trust me on this one) to grasp distant objects without having to stand up.

The image of a bowl of mikans (tangerines) on the Kotatsu is a nostalgic symbol of winter (“Fubutsushi”) in Japan. That this traditional piece of technology retains practicality for the present, attests to the quality of the Kotatsu.