The Japanese archipelago is rich in geographical diversity and allows different regions to enjoy different winter sights. Due to the westerlies hitting the rugged, tall mountain ranges cutting through the country like a spine, the western side of the country gets heavy snowfall from the northern tip to even the southern regions. The Pacific side is comparatively warm but still gets cold enough to have ice in the mountains. Here let us go through just a handful of the cold beauty the country has to offer. 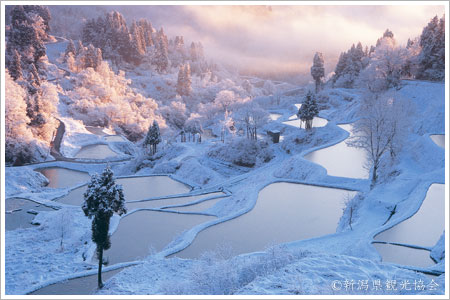 Matsushiro and Matsunoyama are hilly regions known for the rice terraces called “Tanada.” 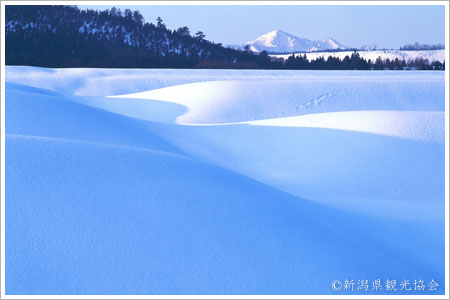 The production area of one of Japan’s brand rice Uonuma Koshihikari gets covered in thick and smooth blankets of snow in the winter. The river terrace in the area is one of Japan’s largest. 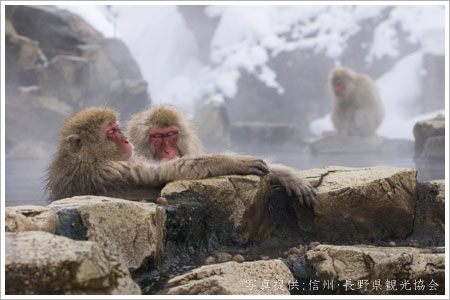 This park is particularly famous for the snow monkeys bathing in Onsen in the winter when the temperature is constantly below zero. They are fed and trained not to attack people, but are not caged. 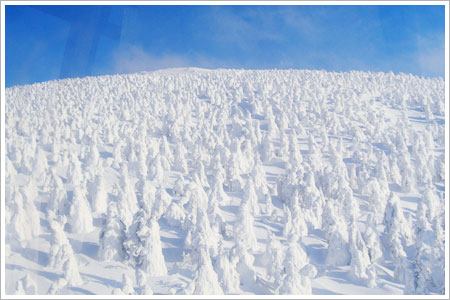 These “Juhyo” trees are probably the most famous “monsters” in Japan. They are formed by the cold, strong draft from Siberia. The best season is early February. 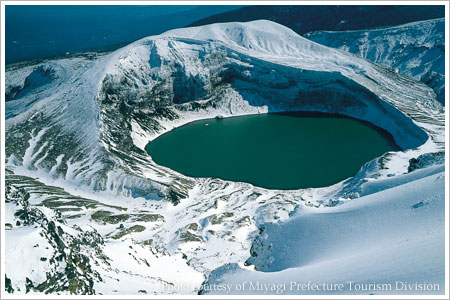 The blue green caldera lake sits at the highest parts of Zao Mountain Range. The lake is viewable from the surrounding mountains on the north, west and south sides. 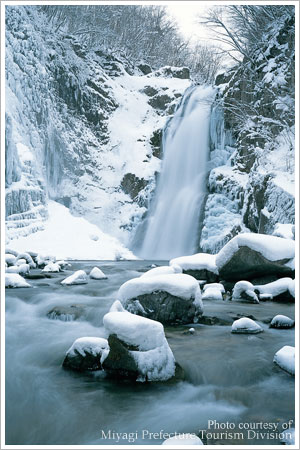 Although frozen on both sides, this 55-meter-high waterfall does not completely freeze. 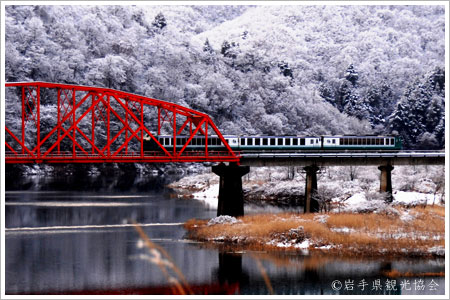 The red railway bridge over Kinshuko Lake is a favorite among photographers all seasons, but is particularly vivid in snow.