Between 10:00am and 8:00pm, at 30 different locations in the Tenjin and Hakata districts, the so-called “Dontaku-tai” dance groups will perform displays of their skills. In the afternoon, there is also a parade at the Dontaku Plaza on Meiji Dori. At night, extensively illuminated trucks called “flower cars” drive around in their own special parade, sporting anime characters and other pop-cultural icons, creating a very unique type of atmosphere. On the 4th, the grand finale, during which anyone can join in, takes place at Dontaku Plaza. 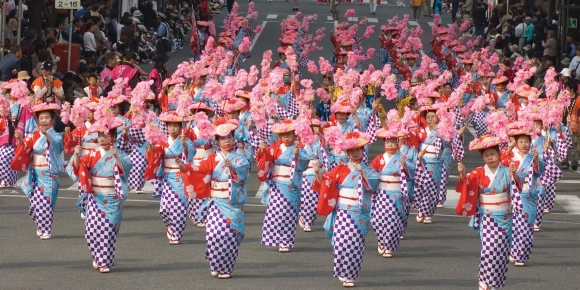